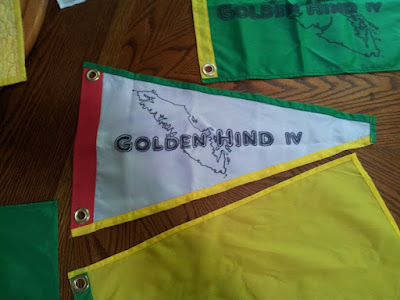 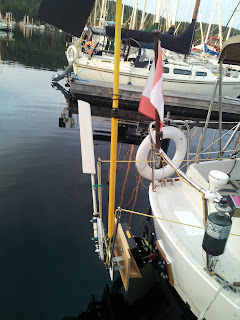 So it has been awhile since I updated my blog. It has been a busy last few months with the refit on the Golden Hind IV going well. Diesel is in, new through hulls installed, new head, self steering gear in and initial shake down complete. As the preparations continue for the planned departure for Australia looming for 2016, a circumnav of Vancouver island would be a good shake down and first offshore run in the Golden Hind. 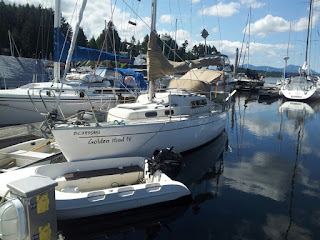 Coincidentally, the Van Isle 360 is this year departing from Nanaimo on June 6th. Good time to do my own run in my little cruising yacht and watch the racers jockey for bragging rights.
We plan on loosely following the fleet as we explore the warm waters of desolation sound, round Cape Scott on the Northern tip of the island and jump into the coastal trade winds south toward Juan De Fuca Strait. My mission is not only to test the gear onboard but also find our own snug gunk holes in this cruising mecca. Some stats on the cruise: Leaving our home harbor on the 5th to return on the 20th. Basic course distance is just over 531 NM. Stops in or around Nanaimo, Comox, Campbell River, Desolation sound islands, Port Hardy, Winter cove, Ucluelet, Victoria and back to Nanaimo. I hope to be able to capture the essence of the rough terrain, wildlife and rugged coastline of Canada's Westcoast. 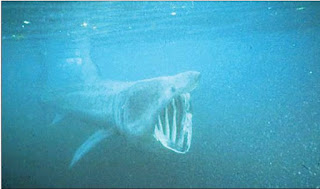 Basking sharks like this one photographed off Brooks Peninsula are a rare treat now for those few who cruise this coast.  At one time plentiful, they are now protected. 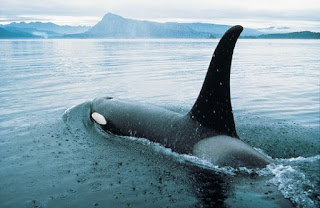 This is the habitat for whales from Orcas to Humpbacks and we are sure to see both! 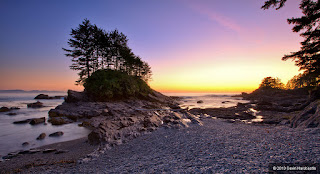 I cant think of a better way to spend two weeks than to be out there exploring. 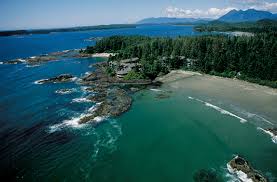